Which game are the features playing?

The SARS-CoV-2 has mutated, and a new disease, COVID-22, is spreading. You attended a concert two days ago and are feeling COVID-22 symptoms, so you want to get tested and preferably get the result quickly. You call your AI-doctor to get on the fast-track. After reporting some data, the AI-doctor says “sorry, but you are not eligible for the fast-track, have a good day.” You try to argue, but the AI-doctor cannot give an explanation. You would have liked some intelligible reasoning behind the rejection, such as “your reported behavioral patterns combined with the lack of more specific symptoms than a mild cold makes it unlikely that you have COVID-22.”

So how do we get from the raw input data to a reasonable explanation of how the input data led to the conclusion?

We will consider a prediction algorithm of the probability of a binary outcome $Y$ from input data $x = (x_1, \ldots, x_p)$ in $\mathcal{X} = \mathcal{X}_1 \times \ldots \times \mathcal{X}_p$ with each feature set $\mathcal{X}_j$ finite. The algorithm might predict the probability of having COVID-22 based on a number of self reported features such as symptoms and behavior. To illustrate the main ideas we will use a simple Bayesian network model, whose graph is as follows

This algorithm is sufficiently simple to be directly interpretable.

In fact, the algorithm cuts the feature space into two parts in a very simple way: $f(x) \geq 0.1$ if and only if $(x_2, x_3) = (1, 1)$. That is, you are eligible for the fast-track if you report having been in contact with an infected and have symptoms, and otherwise you are not eligible.

When the prediction task is more complicated, we cannot so easily read of how the different features affect the predicted probabilities. With Shapley values we will instead attempt to explain how the prediction $f(1, 0, 1) = 0.0557$ can be attributed to the individual values of the features.

Shapley values have their origin in cooperative game theory as a principled way to distribute the outcome of a game among the different players. The idea is to regard prediction as a cooperative game played by the features.

To understand the contribution of feature $j$, suppose for a moment that its value is missing, but we have the values of all the remaining features. Which prediction will we then make? It’s a frequent practical problem that a feature value is missing, and a simple solution is imputation. That is, we first predict the missing value as $\hat{x}_j$, and then we plug it into the prediction algorithm to give

The actual imputation algorithm is immaterial here, but let’s say we use the simplest one: predict $\hat{x}_j$ to be the marginally most probable outcome in $\mathcal{X}_j$. We could now attribute the difference

to feature $j$. But what if feature $k$ is missing as well – shouldn’t the difference

also be considered to appropriately quantify the contribution of feature $j$?

for all $R \subseteq \{1, \ldots, p\} \backslash \{j\}$ to fully understand the contribution to the prediction of feature $j$. The summary of these numbers, written as the weighted sum

is known as the Shapley value for the $j$-th feature.

The game theoretic interpretation of Shapley values is covered elsewhere, and it can also be shown that the weighted sum definition above is the unique attribution satisfying a number of natural properties. We gloss over those details here — Shapley values are for a given value function a well established and sensible way to decompose $f(x) = v(\{1, \ldots, p\})$ into contributions from the individual players.

All value functions considered satisfy that $f(x) = v(\{1, \ldots, p\})$ but differ in how they assign values to other coalitions. Different value functions will lead to different quantifications of attribution by Shapley values, and we want to understand in greater detail what these differences mean. Indeed, the choice above via imputation is only one way of defining how feature coalitions act.

Any specific algorithm capable of making predictions when some values are missing – whether the algorithm is based on imputation or not – gives rise to a value function and corresponding Shapley values. These Shapley values explain the contributions of the individual features for that specific prediction algorithm.

Note that we cannot obtain $v(S)$ from $f$ alone, e.g. via imputation, but we can compute $v(S)$ for all $S$ from the joint distribution of $(Y, X_1, \ldots, X_p)$. The $j$-th Shapley value for this value function can be interpreted as the intrinsic predictive contribution of $j$-th feature. It tells us how much that feature contributes with if we exploit the features in any coalition in an optimal way.

Looking at the last four rows, say, corresponding to $x_2 = x_3 = 1$, we see that the Shapley values in both cases attribute the probability $f(x)$ about equally to “having been in contact with an infected” and “having symptoms”. Both methods also agree that $x_1 = 1$ contributes negatively if $x_2 = x_3 = 1$. This is perfectly sensible as the model includes a component capturing that “having been in a crowd” can give other infections that result in symptoms.

A notable difference is seen for $x_2 = 1$ and $x_3 = 0$, where imputation attributes the prediction to $x_2$ with a small positive Shapley value, while the population predictors assign a larger positive attribution value to $x_2$ but a compensating negative attribution to $x_3$.

The computations for the example were done using the formulas directly. We can do that because the example is so simple. In practice, when the number of features is larger, we face several difficulties:

To address the first of these computational challenges, the original paper2 on SHAP proposes the approximation $$P(x_R \mid X_S = x_S) \simeq P(x_R) \tag{3}$$ where $P(x_R)$ denotes the marginal distribution of $X_R$. Unless $X_1, \ldots, X_p$ are independent, this is, indeed, an approximation.

Once we can compute (approximations of) $v$ efficiently, the sum (1) can be approximated via Monte Carlo methods and/or weighted linear regression. More recently, TreeSHAP3 was introduced as a computationally efficient approximation of SHAP for a tree-based predictor $f$ – still approximating $P(x_R \mid X_S = x_S)$ by the marginal $P(x_R)$.

Without approximating the sum (1), recent results4 indicate that the computation of SHAP is fundamentally hard in most cases. And that this can be the case even if $X_1, \ldots, X_p$ are independent. However, we can compute $v$ without relying on (3), e.g. by using efficient inference algorithms for Bayesian network models of the joint distribution of $X_1, \ldots, X_p$. This combined with approximations of (1) could yield computationally feasible algorithms that do not assume (3).

Interpretations of the explanations

Even if (3) was initially regarded as an approximation, subsequent arguments5 were made that Shapley values based on the value function $$v(S) = \sum_{x_R} f(x_S, x_R) P(x_R) \tag{4}$$ are conceptually more meaningful than SHAP based on the conditional distributions. Whether this is the case is really a matter of what we want the Shapley values to express.

One way to interpret (4) is as an alternative to imputation. Instead of imputing missing values we average over possible values using a marginal distribution. Imputation is really an extreme version of (4) where $P(x_R)$ is replaced by a point measure. When the value function (4) is used to define Shapley values, the number $$v(S \cup \{j\}) - v(S)$$ for $S \subseteq \{1, \ldots, p\} \backslash \{j\}$ quantifies explicitly how sensitive $f$ is to the particular value $x_j$ when joined to the values $x_S$. This is not so for SHAP, based on (2), where the quantification also includes how much additional information $x_j$ includes about the other features indexed by $S^c$.

This brings us to the core of the matter of this post. The numerical attributions given by the Shapley values “explain” how a specific feature value affects the prediction. But how should we interpret this explanation?

In fact, if we have a causal model of the features, we could replace $P(x_R \mid X_S = x_S)$ by $P(x_R \mid \mathrm{do}(X_S = x_S))$ in (2) to obtain yet another value function and corresponding causal Shapley values7, which now express the interventional effect of the features.

In conclusion, the explanations obtained from Shapley values should be interpreted with care, and what the correct interpretation is depends on the choice of the value function. That is, which game it is that the features play! 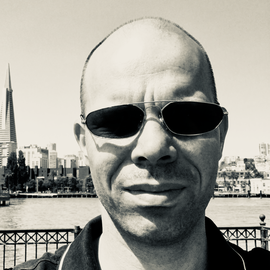